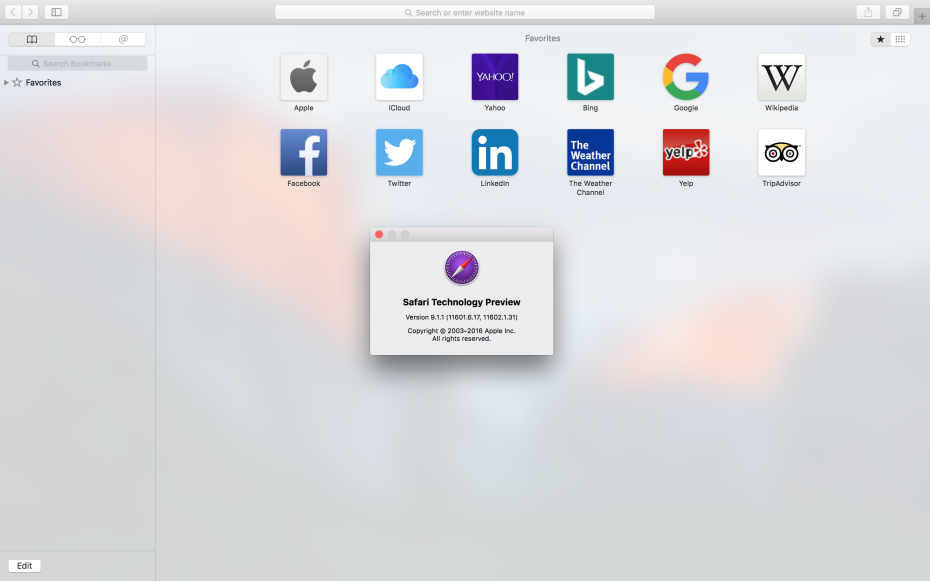 Apple today released the third update to its Safari Technology Preview browser, which is meant to implement the most cutting-edge Web technologies into a browser for developers that looks just like normal Safari.

Today’s release shows Apple fixing a whole bunch of things about the developers’ browser. For example, the 1Password Safari extension is working again, and so is video playback in Netflix, and Facebook’s Messenger.com site now renders properly, according to the release notes for this version of the software.

But there are also some additions that should be welcome to Web developers. The console portion of the Web Inspector now renders messages more quickly, and the Timelines section has better scrolling performance, Apple said in the release notes.

In the realm of accessibility, the VoiceOver Utility for providing automated speech descriptions of what’s onscreen can now read out superscript that’s visible in the browser.

But again, mostly this is a release with lots of bug fixes. If anything, the takeaway is that there is now an established cadence of a new release every two weeks; this is the third time that’s happened since the program began on March 30. Could Apple do better? Sure. Mozilla Firefox’s Nightly builds come out every night, and Google’s Chrome Canary builds are released almost every day. But this is certainly an improvement on the release cycle for regular Safari.

You can get this version of Safari Technology Preview (officially called Release 4) on the Apple website, or update from an earlier version through the updates section of the Mac App Store.